4 Reasons Why Victims Blame Themselves For Domestic Violence 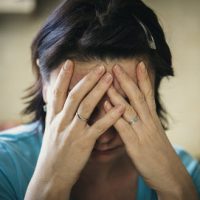 Domestic violence can occur between spouses, former spouses, domestic partners, and people in other types of relationships. In addition to the heavy emotional toll it takes on victims, domestic violence can result in serious injuries and may eventually prove life-threatening. In some cases, fear of financial insecurity and the emotional trauma they suffer makes leaving more difficult. In others, the victim may actually blame themselves.

When Victims Blame Themselves For Their Abusers Actions

According to the Mayo Clinic, it is common for victims of domestic violence to at least partially blame themselves for the situation. This is often due to the way that domestic abuse eats away at the person’s confidence and self-esteem. They may even blame themselves for what is happening in the relationship. The following are four common reasons this can happen:

There is absolutely no justification for domestic violence. The problem is with the abuser, not with anything the victim said or did. There is also no definite way to get an abuser to stop. They have to admit they have a problem and take the actions needed to address it on their own.

If you are in this situation, it is important to know help is available. An Injunction for Protection Against Domestic Violence can provide the following protections:

As an experienced Fort Lauderdale domestic violence attorney, Vanessa L. Prieto can help you take the steps needed to protect yourself. Call or contact our office online today to request a confidential consultation.

By Vanessa Prieto | Posted on July 20, 2020
« How Problems That Occurred During The Pandemic Could Impact Your Divorce
COVID-19 Likely To Impact Summer Child Time Sharing Plans »

Skip footer and go back to main navigation