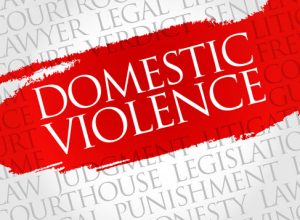 Divorce is as unique as the individual parties involved. While divorce guidelines and laws governing proceedings can give you an outline for how your divorce will be conducted, it can be hard to predict how spouses will behave during the process. Where some couples are able to resolve conflicts amicably and agree on the terms, other situations are more contentious, and could carry the risk for physical violence. Whether you are in the initial consideration stages or are currently filing for divorce, it is important to be aware of the risks for domestic violence, and to be aware of the warning signs that your spouse could get abusive.

According to the National Coalition Against Domestic Violence (NCADV), roughly 20 people each minute in the United States are victims of domestic violence at the hands of a spouse or partner. One out of every three women will suffer abuse at some point in their lifetime, while as many as one out of every four men will find themselves as risk. There is no typical perpetrator of domestic violence nor are there typical victims, and abuse can occur in any walk of life, regardless of income, background, and social status. The NCADV advises that power is often a central issue, and even a formerly non-violent spouse can become abusive when faced with the breakup of their marriage, separation from children, and loss of financial security. Types of abuse include:

Warning Signs Your Spouse May Get Violent

The National Domestic Violence Hotline states that it is difficult to determine who will become abusive in a relationship, or what the triggers will be that compel that person to commit acts of violence against their spouse. What is known is that abusive situations generally begin slowly and subtly, with one partner being more dominating than the other, with the situation progressing over time and increasing in intensity. The perceived loss of control in a divorce could be all a potentially abusive partner needs to push them over the edge. Early indicators and warning signs that a spouse may become abusive include the following:

We Can Help You

If you are going through a divorce and have concerns about your spouse becoming abusive,   contact the Vanessa L. Prieto Law Offices, LLC  today. Our experienced Florida divorce attorney acts as a strong legal advocate to protect your rights and interests, and can advise you on the steps you can take to help ensure your safety when going through a divorce or separation.