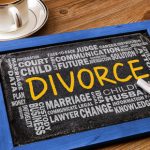 Dealing With Tax Issues When Going Through A Divorce

One common concern among spouses who are separated or filing for divorce concerns taxes. After years of filing joint returns, reporting shared assets and claiming deductions together for mortgages and child care, serious concerns can arise if you are living apart, have divided accounts and property, or are involved in timesharing arrangements with your… Read More » 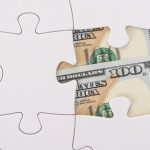 Uncovering Financial Fraud During Your Divorce

During any type of divorce proceeding, one of the most important decisions that will be made concerns dividing the property accumulated during the marriage. Whether you and your soon-to-be ex-spouse own a lot or a little, obtaining your fair share of the value for real estate, material possessions, and financial accounts is key to… Read More » 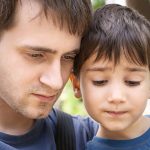 Rights and Responsibilities of Unmarried Fathers

Becoming a father is a life changing event, one that causes you to look at yourself and the world around you differently. Before your baby was born you may have been primarily interested in pursuing your own hobbies and interests, but once you hold your little one in your arms, your priorities are likely… Read More » 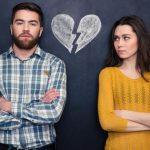 Divorce is as unique as the individual parties involved. While divorce guidelines and laws governing proceedings can give you an outline for how your divorce will be conducted, it can be hard to predict how spouses will behave during the process. Where some couples are able to resolve conflicts amicably and agree on the… Read More »

Historically, most researchers have found that children of divorce are more likely to get divorced themselves than those of intact marriages. However, a recent study may indicate otherwise. A recent study published in Marriage & Family Review looked more closely at the level of conflict in children’s families, rather than whether their parents divorced,… Read More »

In recent years, many couples across the United States have opted to cohabitate, or live together in one household, without first getting married. Some of these couples eventually marry, and others do not. Along with this rise in cohabitation, however, has come a sharp increase in the legal disputes that result when the couple… Read More »

Like many other states, Florida court requires both spouses in most divorce proceedings to complete a Family Law Financial Affidavit. The point of this form is to make the divorce process as transparent as possible. This step ensures that both spouses know about all property and debts that exist, which may be subject to… Read More »