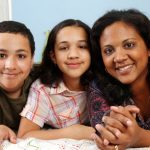 Being a Stepparent In Florida

Stepparents are charged with the difficult task of raising a child that is not biologically their own. In many cases, they are responsible for providing love, financial support, and supervision, while maintaining clear boundaries and respecting the rights of the natural mother or father involved. As family law attorneys, we see first hand the… Read More » 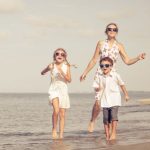 Recently, we addressed some issues and adjustments that parents who are the primary caregiver of children often deal with during the summer. If you are not the primary caregiver, you will likely face some changes over the coming months as well. As part of your child time sharing arrangements, you may be allowed extended… Read More » 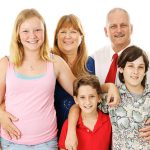 There is life after a divorce, and it often involves a partner who has gone through the same or a similar experience. Both of you may be dealing with the reality of having to deal with an ex in your life, particularly if there were children from the marriage and you are dealing with… Read More » 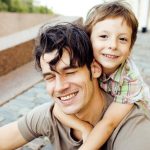 Making A Parenting Plan That Works for You and Your Child

In any divorce where children are involved, the potential is high for conflicts. In the Florida court system, the notion of child custody and visitation has been replaced by parenting plans and timesharing, with the goal of encouraging and fostering close, loving relationships between the child and their parents. While it may take some… Read More »

Who Pays for Travels Costs When My Child’s Other Parent Lives Far Away?

In today’s age, it is not unusual for a child’s parents to live in two different cities or even in two different states. This arrangement necessitates a long-distance parenting plan that gives both parents adequate and appropriate timesharing with the child. However, a long-distance parenting plan also must include provisions for paying the expenses… Read More »

A recent news article highlights parental alienation syndrome (PAS) and its increased frequency in divorce cases in the UK, as well as in the U.S. and Canada. PAS has become a regular characteristic of the most acrimonious of divorce cases, and, as a result, the Children and Family Court Advisory and Support Service (Cafcass)… Read More »

Which Parent Has the Right to Make Major Decisions About Your Child?

No matter what the timesharing arrangement may be, there comes a point at which certain decisions about a child’s welfare are necessary. These decisions may involve crucial medical care for a child, educational options, or childrearing choices. Regardless of the subject, any parenting plan for divorced or separated parents specifically should allocate responsibility for… Read More »

What is the Putative Father Registry and How Does It Work?

While mothers who have children out of wedlock have automatic legal rights, the same is not the case for the fathers of those children. When a child is born out of wedlock, the mother has the only legal rights to the child, along with the right to make all of the decisions about the… Read More »