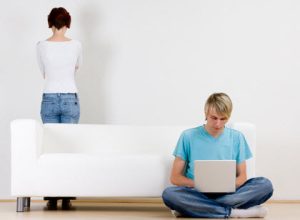 In recent years, many couples across the United States have opted to cohabitate, or live together in one household, without first getting married. Some of these couples eventually marry, and others do not. Along with this rise in cohabitation, however, has come a sharp increase in the legal disputes that result when the couple splits, usually concerning matters related to property and debt. Rather than end up mired in a costly legal dispute with your ex, you should consider entering into a cohabitation agreement with your significant other before ever moving in together. Otherwise, one or both of you may be looking at financial disaster in the event of an acrimonious break-up.

Couples may each bring separate assets into a cohabitating relationship, especially later in life. While it can seem unromantic, the reality is that you should take steps to protect what you already own before you cohabitate with another and potentially give him or her a claim to your property. Just because you are not married does not mean that your live-in significant other will not try and lay claim to your real estate or items of personal property, should the relationship suddenly go south. For instance, suppose that you own a home prior to the marriage. Your boyfriend moves in and over a five-year period, uses his earnings to make substantial improvements to your home, such as replacing the roof and building a new garage. When you and your boyfriend split up several years later, your boyfriend may want some sort of compensation for the funds that he used to improve your home during your relationship. If you don’t have a cohabitation agreement in place, then it may be difficult to prove that your boyfriend isn’t entitled to some compensation for his expenses that have benefitted your home.

Deciding how to handle financial issues in the event of a future split may be the farthest thing from your mind, but it is an issue that can substantially affect your finances in the future. In this situation, you need the legal advice that only an experienced Florida lawyer can give you in order to avoid a financial disaster. Call your Fort Lauderdale family lawyer at the office of Vanessa L. Prieto and schedule an appointment to learn how we can help.