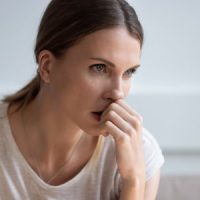 Despite increased public awareness, domestic violence in Fort Lauderdale is still a topic many people would prefer not to discuss. Unfortunately, feelings of shame often lead to an air of secrecy surrounding these situations and media reports about the topic often only provide half the story. This can result in dangerous misconceptions that put you and others at risk.

Domestic violence is a common problem in Fort Lauderdale and in other cities across the state. However, the Florida Department of Children and Families (DCF) warns that a lack of information in the media about the topic has led to some general misinformation. Unfortunately, misconceptions can delay victims from taking action, putting them in danger. The following are among the most common:

Media misconceptions about domestic violence can end up putting you at risk. To discuss your situation and the options available, reach out to Fort Lauderdale domestic violence attorney Vanessa L. Prieto. You can count on us to provide the professional legal representation and trusted guidance you need. To request a confidential consultation, call or contact our office online today.

By Vanessa Prieto | Posted on August 31, 2021
« Four Tough Questions To Ask Yourself When Getting A Divorce In Fort Lauderdale
Dating And Divorce »

Skip footer and go back to main navigation