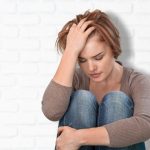 Getting A Restraining Order When Going Through A Divorce

Domestic violence is an unfortunately common problem, impacting both men and women. Even if your partner has not previously acted violent, threatening, or aggressive towards you, there is the chance that this kind of behavior could arise once you become separated or begin the process of filing for divorce. If you have received threats… Read More »

Domestic violence is a painful and horrific crime that affects thousands of Floridians every year. For those who are married to their abusers, leaving is only the first step. All divorces are challenging, but they can become even more taxing when allegations of domestic violence are involved. That is why it’s important to understand… Read More »

The Protective Order as a Tool against Domestic Abuse

Though domestic violence continues to plague our society, countless victims boldly take steps towards survival on a daily basis. Risking their safety and even their lives, these brave souls gather the strength to ask for help. Yet, some professionals assert that as these individuals survive their painful situations only to face rejection from the… Read More »

You’re Not Alone: Why Speaking to a Lawyer About Domestic Abuse Makes Sense

Over four million women are physically assaulted and/or raped by their partners each year in the United States. If that isn’t bad enough, one in three female homicide victims are murdered by their current or former partner every year, according to Safe Horizon. In Florida, over 113,000 domestic violence reports were made to Florida… Read More »