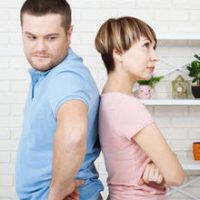 The process of going through a divorce is never easy, but knowing what to expect can help you be better prepared. Even in the most amicable of situations, there are certain issues that commonly come up, that could result in potential problems. Disagreements that arise during divorce proceedings can delay the time it takes for your divorce to be finalized, while costing you both time and money. How you resolve these disputes and the plans and agreements entered can impact you and your family’s life, both now and in the years to come.

Four Disputes That Could Come Up In Your Divorce

The following are four major issues that commonly arise when couples divorce:

Unlike some other states, Florida is not a community property state, meaning that marital property is divided equitably, not evenly. This may include homes, cars, furnishings, and other types of personal property acquired during the marriage, as well as savings accounts, business holdings, retirement benefits, and other types of financial assets. Under Section 61.075 of the Florida Statutes, factors the court considers include both spouse’s ages and income, their earning potential, and the efforts each made to either add to or deplete assets during the marriage.

Under Florida divorce laws, the court may consider order alimony to one of the spouses, based on the length of the marriage, the standard of living established, and each spouse’s current earning capacity. While Florida is a no-fault divorce state, meaning that issues such as adultery are not considered as grounds for divorce, the fact that there were extra-marital affairs could influence an alimony order.

Issues pertaining to children are among the most hotly contested in the Florida family court. Rather than awarding one of the parents sole custody and the other visitation, the court aims for parenting plans and timesharing agreements that allow each parent to share more equally in both the joys and the responsibilities of parenting. Of course, the court always considers the best interests of the child first, and will consider the role each parent has played in their child’s life up to this point.

While the court aims for equal timesharing plans, child support may still be awarded to the parent considered to be the child’s primary caregiver. In addition to providing basic living necessities, such as food, clothing, and shelter, child support agreements may include health insurance coverage and expenses related to school and extracurricular activities.

Reach Out to Us for Help

If you are going through a separation or contemplating a divorce, contact the Vanessa L. Prieto Law Offices, LLC  today. Our experienced Florida divorce attorney can help guide you through your options, while acting as a strong legal advocate to ensure you and your children’s rights are protected.