Eight Issues That Can Impact Your Parenting Plans and Timesharing Arrangements 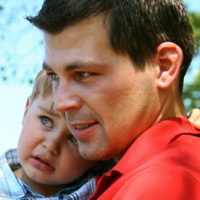 Children generally benefit by having both parents actively involved in their day to day lives, but working out these arrangements can be difficult for parents who are separated or divorced. When it comes to implementing parenting plans and timesharing arrangements, issues can arise that require legal intervention. Parenting plan modifications often require a return trip to court, but it may be worth it, particularly if the situation puts your child’s health or emotional well-being in jeopardy.

About Parenting and Timesharing Plans

Under Section 61.13 of the Florida State Statutes, the court is in favor of having parents work out time sharing plans that allow them to share in the responsibilities of child raising. These plans often involve dividing time between both parents’ homes, while encouraging each to be actively involved in school, recreational, and social activities and in decisions affecting the child. In making these plans, there are numerous factors the court considers, including:

Once a timesharing is in place it may be modified at any time if one of the parent’s refuses to honor it or is shown not to be acting in the child’s best interests.

Eight Parenting Plan Issues That Could Negatively Impact Your Child

Psychology Today advises that a separation or divorce can spare children the anxiety that comes from living with discord within the family home, and children often do better when they can relate individually to each parent in a healthier environment. At the same time, there are parenting behaviors and issues that can arise in timesharing arrangements which could end up having a negative impact on your child. These include the following:

If you have concerns about your child’s well-being when they are with their other parent or have timesharing arrangements which are not being adhered to, contact the Vanessa L. Prieto Law Offices, LLC  today. As experienced Florida family law attorneys, we can advise you on the best course of action to ensure that both you and your child’s best interests are protected.