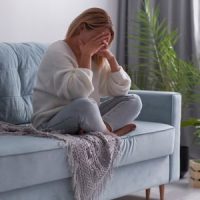 Domestic violence in Fort Lauderdale leaves victims feeling alone and isolated. While abusers often downplay the situation,  the fact is domestic violence can put your emotional and physical health in serious jeopardy. The following are five common myths that can prevent you from getting the help you need.

Domestic violence often takes the form of punching, hitting, pushing, and other physical acts. However, under the Florida Statutes, it also includes other harmful behaviors. Stalking, making threats, damaging your property, and restricting where you go or who you see are common types of abuse that can quickly progress to more violent confrontations.

The National Domestic Violence Hotline warns that while abusers may be subject to frequent angry outbursts, their behavior generally has more to do with control and intimidation. This means that no matter how much you try to diffuse a situation or placate them, domestic violence can still happen.

Myth Number 3: It was my fault my partner became violent.

A common characteristic of abusers is to blame others for their behavior. They may insist that you are the one who is in the wrong and that your actions were responsible for their outburst.

This is one of the most pervasive myths and often prevents victims of domestic violence in Fort Lauderdale from getting the help they need. While often used as justification for remaining in the relationship, the reality is that the situation will likely only get worse until the abuser acknowledges their problem and gets the professional help they need.

Myth Number 4: No one will believe my domestic violence claims.

In cases involving domestic violence, victims often internalize messages their abuser sends. One of these is that no one will believe them if they try to get help. The fact is that there are numerous organizations standing by to offer the support and encouragement you need. Women In Distress is one of many groups that can be found in the Broward County area.

Myth Number 5: I cannot afford to leave my abuser.

This is another dangerous myth and one that is completely false. Our Fort Lauderdale domestic violence attorney can assist you in obtaining an Injunction for Protection Against Domestic Violence in Florida. In addition to preventing your abuser from attempting to contact you, it can temporarily grant you rights to property, such as the family home and car, while requiring your abuser to pay support for you and any children from the relationship.

As an experienced Fort Lauderdale domestic violence attorney, Vanessa L. Prieto acts as a strong legal advocate on your side. She is dedicated to helping people in this situation get the protection and support they need. To request a confidential consultation, call or contact our Fort Lauderdale office online today.