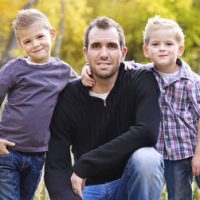 Previously in divorce proceedings, children resided primarily with their mothers, while fathers paid child support and were granted visitation. As increasing numbers of studies have reported that children benefit by having close bonds with each parent, established by frequent and regular contact, the Florida courts responded in terms of changing how they had previously handled these cases.

In recent years, the term ‘child custody’ has been eliminated from state laws and replaced with references to parenting plans and timesharing. In addition to being in the best interest of children, this shift benefits divorced fathers in particular, and allows them to play a more active and involved role in their child’s life.

Fathers, Children, Divorce, and The Courts

Family courts in jurisdictions throughout the country for decades adhered to the ‘tender years doctrine’, which held that children of divorce, particularly young ones, belonged with their mother. While this attitude has been largely abandoned by the courts, U.S. Census Bureau figures indicate that the majority of children have continued to reside primarily with their mothers. Of the more than 13 million children who live in single parent homes in the United States, only one out of every six resides with their father.

Since 2015, there have been several bills that have moved through the Florida Senate, asserting the rights of both parents to share in the daily joys and responsibilities of child rearing. In response, current laws have eliminated the concept of child custody, in which the child resides with one parent while the other has visitation, in favor of time sharing plans that allow both mothers and fathers are afforded equal opportunities in child rearing.

Under the 2016 Florida Statutes, the law aims at serving the best interests of the child, while supporting both parents in being actively involved in all aspects of their child’s life. This includes financial responsibility, in terms of providing a home and support, and legal responsibility in making decisions on matters such as education, healthcare, religion, and recreational pursuits which impact the child’s life.

In making rulings on time sharing plans, judges consider a variety of factors:

Under these guidelines, fathers have just as much right to provide for their child as do mothers. Even if distance or scheduling conflicts prohibit dividing time equally throughout the week, parenting plans allow for extended visits over holidays, special occasions, and over summer vacation. To discuss how these changes may affect your rights as a father or to review an existing order, call or contact the Vanessa L. Prieto Law Offices, LLC online today and request a free consultation with our Ft. Lauderdale parenting plan attorney.