The Four Stages Of Domestic Violence 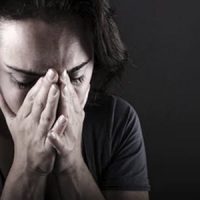 Domestic violence is a serious problem in Fort Lauderdale. It is also one of the least discussed and most commonly misunderstood. Abusers often engage in a pattern of behavior that leaves victims, extended family members, and friends of the couple feeling uncertain and confused. Unfortunately, this can prevent them from taking action, resulting in potentially dire consequences. The following details four common stages of domestic violence and warning signs to be alert for in each.

According to the Florida Department of Children and Families, roughly a quarter of all women experience domestic violence at some point in their lives. Men represent a reduced but still significant number of victims. Each year, more than 105,000 cases are reported to local law enforcement agencies throughout the state. An even greater number likely goes unreported.

Abusers use a variety of tactics to control and manipulate their victims, including strong denials and making their behavior seem ‘normal’. The stages that abuse often follows can provide important clues:

Being able to recognize the warning signs and what stage the abuser is likely in can help encourage domestic violence victims to take the steps needed to protect themselves. This includes obtaining an Injunction for Protection Against Domestic Violence, which can break the cycle of abuse while helping victims their recovery.

For help in protecting yourself or someone you love against domestic abuse, reach out to the law office of Vanessa L. Prieto. To request a confidential consultation, call or contact our Fort Lauderdale domestic violence attorney online today.

By Vanessa Prieto | Posted on January 25, 2021
« Frequently Asked Questions About Parenting Plans
Dos and Don’t If You Suspect A Cheating Spouse »