Deal Breakers: Qualities That May Lead To Separation or Divorce 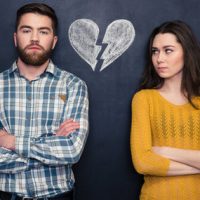 When you are single, there are qualities you think about that you would want in a partner, but when the ‘right one’ comes around, sometimes logic and reason takes a back seat. The following outlines two separate surveys, one that ranks qualities that would rank as a deal breaker before getting into a relationship, and issues that often end up being a factor in filing for divorce.  Indeed, comparing the two lists shows that what people think they want in a partner does not always coincide with the actual qualities that make a marriage work.

In a relationship study published in the Personality and Social Psychology Bulletin titled Traits People Avoid in Potential Mates, scientists from three different countries, including one from the University of Florida in Gainesville, interviewed more than 5,000 people on the types of qualities that would be deal breakers in a relationship. These generally focused on undesirable personality traits, as well as unhealthy lifestyles in the areas of health, romance, and sex. Among the qualities identified as being a discouragement in dating include:

The above qualities listed were viewed as having less of an impact in terms of just casual dating, but were more significant in considering a long-term relationship.

Issues That Could Lead To Divorce

In a 2017 article for The Spruce by experienced author and marriage workshop leader Sheri Stritof, she identified ten qualities she encountered that could end up being deal breakers in a marriage:

Of these ten, sexual issues, incompatibility in energy level and activities, and unhealthy lifestyles overlapped with the dating study. While some of these marriage deal breakers can be overcome in time if both parties are willing, others require immediate action.

How Our Family Law Attorney Can Help

If you are going through a separation or contemplating a divorce, call or contact the Vanessa L. Prieto Law Offices, LLC online today. We can arrange for a free and confidential consultation in our Fort Lauderdale office to discuss your situation and the legal options available.