Domestic Violence Prevention Plan For During A Divorce 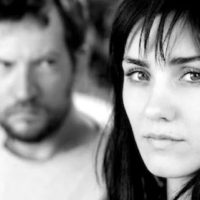 Going through a divorce is never easy. Character traits that were a problem in the marriage become even more of an issue during your divorce. The more the reality of the situation sets in, the more your spouse may resent not being in control. As a result, even if domestic violence was not an issue in your marriage it could become one during divorce proceedings. Developing a domestic violence protection plan now is a smart idea.

The Florida Coalition Against Domestic Violence (FCADV) advises that domestic abuse represents a pattern of controlling behaviors used to establish dominance over a partner. It includes physical acts of violence, as well as sexual harassment, rape, stalking, put-downs, threats, and other forms of intimidation. These may appear during your separation, once you file for divorce, or anytime during the divorce process, despite whether your spouse ever exhibited abusive behavior in the past.

Even if you and your spouse agree on getting divorced, they may at some point feel a loss of control during these proceedings. Arrangements concerning property, money, or children that must be made during this time could cause them to feel threatened, making them more likely to act out in various ways or attempt to intimidate you. This may include:

To protect yourself against the above types of behaviors, put a domestic violence prevention plan in place. Even if your spouse’s behavior never rises to the level of abuse, many of the suggestions can help the entire process go more smoothly.

If you suspect domestic violence could become a problem during your divorce proceedings or your former spouse begins showing any warning signs, it is important to notify your divorce attorney immediately. Under the Florida Statutes, there are actions we can take to protect you. This includes getting a formal injunction against domestic violence, otherwise known as a restraining order, put in place.

Fort Lauderdale divorce attorney Vanessa L. Prieto can protect you against threats or other harmful actions your spouse may attempt to take during divorce proceedings. To discuss your options, call or contact our office online and request a consultation today.

By Vanessa Prieto | Posted on March 18, 2020
« Domestic Violence and Sexual Assault or Harassment
Including Health Care Costs In Your Child Support »