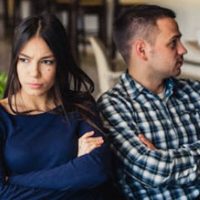 There are a variety of important issues that must be addressed when you file for a divorce in Fort Lauderdale. Arrangements you make in negotiations and before the judge in your case will be included as part of any final orders issued. What happens in the aftermath, if your spouse fails to comply with the order or otherwise violates the terms? They can be held in contempt of court and subject to enforcement actions.

Each divorce is as different as the individual couple involved. Some are able to divorce on relatively amicable terms, with only minor disputes between them and little to resolve in court. Other cases are more complex and require more extensive negotiations. In either situation, under the Florida Statutes, there are certain issues that must be resolved so that they can be included as part of a final order. Among the most common include:

Contempt Of Court In Divorce And Enforcement Actions

When getting a divorce in Fort Lauderdale, any of the above issues that apply will be addressed as part of a final divorce order issued through the Broward County Courts. What happens if your ex-spouse disregards the order in the aftermath of your divorce and refuses to comply with the terms? They could be subject to contempt of court charges, which could result in heavy fines and potentially, their immediate arrest. They could also be subject to enforcement actions which include:

Have a spouse who is not complying with a final divorce order? Reach out to discuss your options in terms of having them held in contempt of court. To request a confidential consultation, call or contact Fort Lauderdale divorce attorney Vanessa L. Prieto online today.

By Vanessa Prieto | Posted on January 3, 2022
« Sidestep Potential Problems By Being Specific In Your Fort Lauderdale Parenting Plan
When A Missing Parent Re Enters Your Child’s Life »