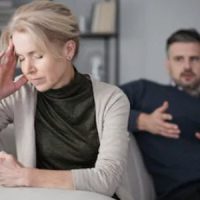 Going through a divorce does not have to be a long drawn out process. A final divorce order can be granted by a judge in as little as a few months. Unfortunately, there are things a reluctant spouse can do to delay your divorce proceedings, preventing you from moving on with your life. The following are common passive-aggressive tactics your spouse may use to throw a monkey wrench into your plans.

What Is Passive-Aggressive Behavior?

Even if both you and your spouse originally agreed to the idea of getting a divorce, it is not uncommon for one of the parties to have a change of heart. When reasoning or pleading with a partner fails to save a marriage, a spouse reluctant to get a divorce may resort to more passive-aggressive tactics.

The Mayo Clinic advises that passive-aggressive behavior involves indirectly expressing negative emotions rather than directly addressing the issues. General signs a partner may be prone to passive-aggressiveness include:

A spouse who at first may have been agreeable to the idea of a divorce may then turn around and act in a passive-aggressive fashion, expressing their anger, reluctance, and frustration in the following ways:

As an experienced Fort Lauderdale divorce attorney, Vanessa L. Prieto provides the trusted legal guidance you need to guide you through challenging situations that often crop up during divorce. Call or contact our office online and request a consultation to discuss your case today.

By Vanessa Prieto | Posted on October 12, 2020
« The Five Stages of Grief In Divorce: How the Stage You Are at Can Impact Divorce Proceedings
Impacts Of Domestic Violence Make It Harder To Leave The Relationship »