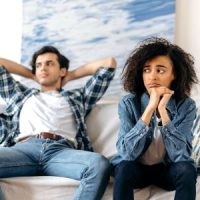 Domestic violence often involves physical acts, such as hitting, punching, pushing, or choking victims. While these leave obvious bruises, there are other types of abuse that are more subtle but just as potentially damaging to victims.

In general, domestic violence involves a desire to maintain control over the victim. It often includes different types of abuse, such as physical acts, sexual assault or harassment, and withholding money or resources. Emotional abuse is also common in these situations and is often one of the first signs that a relationship is moving into dangerous territory.

Protecting Yourself Against Emotional Abuse

Emotional abuse is a form of domestic violence that can cause serious harm to victims. It can also set the stage for escalating patterns of abuse. Take these steps to protect yourself:

If concerns about your physical safety prevent you from leaving, we can help you obtain an Injunction For Protection Against Domestic Violence, otherwise referred to as a restraining order. This can prevent the abuser from contacting you or appearing at your home while giving you certain rights regarding property, assets, and children.

Emotional abuse is a common form of domestic violence. It can have serious impacts on your mental health and may lead to physical acts of abuse. To get the caring support and professional legal representation you need to protect yourself in this situation, contact Fort Lauderdale domestic lawyer Vanessa L. Prieto and request a confidential consultation today.

By Vanessa Prieto | Posted on January 16, 2023
« Problems In Your Marriage? Five New Year’s Resolutions For 2023
When Time Sharing Is Not In Your Child’s Best Interests »