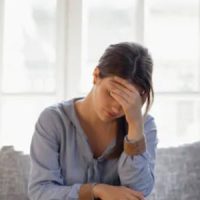 Gun violence has reached epidemic proportions throughout the United States. In addition to rising incidents of public shootings and other gun-related crimes, easy access to weapons is a major concern in domestic violence cases. Red flag laws help to keep these weapons out of the hands of abusers and other potentially dangerous people.

Red Flag Laws Keep Guns Out Of The Wrong Hands

In the aftermath of the recent Uvalde school shooting, which tragically claimed the lives of 19 young children and two adults, there has been increasing debate over gun control laws. In the wrong hands, guns pose serious risks to public safety. They are also an increasingly common factor in domestic violence cases.

According to Everytown For Gun Safety, an average of more than 70 people are shot and killed by abusive partners each week in the U.S. Roughly 4.5 million people have been threatened with a gun by a spouse or other family members, and nearly one million have survived being shot at in abusive situations.

Gun control is a deeply divided issue politically, but there are measures on which both sides agree. Red flag laws have gained support among both Democrats and Republicans. These laws allow law enforcement officials to petition the court to have guns removed from people who are potentially dangerous, unstable, or otherwise at risk for harming themselves or others.

Florida passed red flag laws in 2018, in the aftermath of the Parkland school shooting. Since then, judges have removed guns from the hands of people deemed a risk to themselves or others more than 8,000 times.

In order to obtain a risk protection order, there must be evidence that allowing someone to have a firearm or any ammunition in their custody or control poses a significant threat to them or others. Information that must be included in this type of petition:

In filing a petition, law enforcement must provide referrals to anger management classes, domestic abuse counseling, or other therapy. They must also notify family members or others associated with the case.

Reach Out To Our Fort Lauderdale Domestic Violence Attorney

Fort Lauderdale domestic violence attorney Vanessa L. Prieto protects people facing abuse, guiding them in the legal options available. If you or someone you love is in this situation, reach out and call or contact our office online to request a confidential consultation today.

By Vanessa Prieto | Posted on August 15, 2022
« Financial Abuse A Common Tactic In Domestic Violence
How To Tell Your Spouse You Want A Divorce »