The Difference Between a Divorce and Annulment 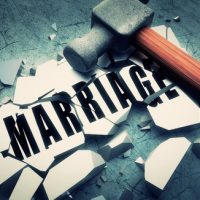 Marriages break up for a variety of different reasons. A divorce allows you to legally terminate the bonds you entered into on your wedding day. An annulment is an entirely different matter. Rather than terminating your marriage, it is the equivalent of declaring that it never occurred for legal purposes. Find out about the differences and which applies in your case.

Under Chapter 61 of the Florida Statutes, a divorce is referred to as the dissolution of a marriage. It dissolves the legal contract the couple entered into the day they got married. Divorce rules and regulations apply to how these proceedings are handled and how divorce related issues will be resolved, such as the division of assets and property as well as child time sharing arrangements.

In order to be eligible for a divorce, the marriage itself must be valid and legally entered into, which means that certain requirements were met. The same as with any type of legal contract, if certain terms were not met the contrast is invalid and not binding. In terms of marriage, the most basic requirements are that the couple obtained a marriage license and had their union officiated before the proper authorities. It also means that both parties entered the marriage of their own free will, with knowledge and understanding of what they were undertaking.

Failing to do these means that instead of seeking a divorce to terminate the marriage, the couple may be entitled to an annulment, which states that it was invalid from its inception. Issues that could make your marriage invalid and eligible for an annulment include:

Getting an Annulment in Fort Lauderdale

Getting an annulment means that you are able to revert back to your previously single status, rather than being divorced. Getting an annulment is sometimes desired in cases of abuse or criminal activity, as well as in situations where there are strong cultural or religious attitudes against divorce.

The same as in a divorce, legal pleadings would need to be filed through the Broward County Court. While significantly different than getting divorced in that the judge will declare the marriage null and void, there are still common issues that must be resolved. These include:

As an experienced Fort Lauderdale divorce attorney, Vanessa L. Prieto can answer your questions about divorce or annulment. To discuss which applies in your case, contact our office and request a consultation today.