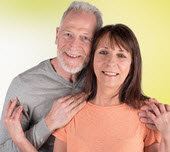 Finding your true love can happen at any age. For older adult couples who may have been previously married, had a family, and built a career, these relationships can be an invaluable source of emotional support and companionship. At the same time,  making the decision to get married is not always in their best interests and a domestic partnership may be a better option.

Far from being gun shy about tying the knot, older adults are often willing to enter into marriage either for the first time or after having been previously divorced. The issue is that a legal marriage certificate could put them at a disadvantage, costing them money and complicate other areas of their lives. According to the personal finance experts at Kiplinger, the number of older adults choosing cohabitation over marriage has more than double over the last decade, increasing from 1.2 million couples to close to three million in 2017. While there are roughly 1,000 different tax breaks, benefits, and protections that married couples typical receive, there are situations in which getting married later in life puts a couple at a disadvantage. These include:

The Kiplinger report advises that if a couple does choose to live together rather than get married, they need to protect their rights and interests by having a formal cohabitation agreement drafted by an attorney. Marriage does offer certain legal rights, and this type of agreement help protect both partners if one leaves their own home to move in with the other, if they buy big ticket items or invest money together, and use joint accounts.

When it comes to personal rights, Broward County allows couples to enter domestic partnerships which are registered with the court. Benefits provided to couples include:

To find out about additional rights in domestic partnerships and the impact marriage could have on your current situation, call or contact Vanessa L. Prieto online and request in our Fort Lauderdale office today.