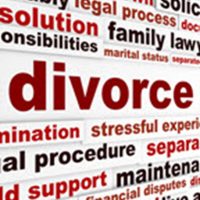 Celebrity divorces garner attention due to the high profiles of the people involved, the large amounts of money and property at stake, and the often outrageous behavior one or both parties engage in. This is particularly true in the Kanye West/Kim Kardashian divorce case. Our Fort Lauderdale divorce lawyer explains problems West is having in retaining legal counsel and how the situation holds important lessons for any divorce case.

Over the course of their seven year marriage, there were few details about their lives that Kim Kardashian and Kanye West did not make public. West is particularly well-known for his flamboyant personality and outspoken style, but his erratic behavior over the past year has prompted concerns about his mental health.

In February of 2021, Kardashian filed for divorce. West did not react well to the news and has been making headlines ever since. Rather than speculating on his mental health, personal issues, or the controversy surrounding the breakup, a recent Newsweek article focused on a purely practical concern: the fact that Kanye cannot seem to keep legal counsel. According to an August 2022 report, his fifth divorce lawyer recently stepped down. Problems cited by those close to the case:

All of these are valid reasons for a divorce lawyer to ‘fire’ a client. As a contested divorce involving a high profile couple, the Kardashian/West divorce was expected to take additional time. However, Kanye’s actions have made matters worse and could negatively impact his rights regarding property and his children, particularly now that delays are no longer an option and a divorce hearing is scheduled for later this year.

Kanye West’s behavior since his wife filed for divorce can provide important lessons for any couple, mostly in regards to what NOT to do:

Reach Out To Our Fort Lauderdale Divorce Lawyer

When going through the breakup of a marriage, it is important to have someone you can trust on your side. Reach out to Fort Lauderdale divorce lawyer Vanessa L. Prieto. To request a confidential consultation, contact us today.

By Vanessa Prieto | Posted on September 20, 2022
« Recovering From The Loss Of Parental Rights
New Bill Proposes Child Support Should Start At Conception »