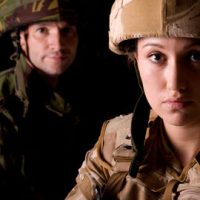 Couples who are members of the armed forces deal with different – and in some cases, more challenging – issues than civilian couples face. Frequent moving, extended time apart, and the stress of worrying about a partner overseas can all take a toll on the marriage. Military divorce is unfortunately common and while subject to the same basic laws governing any divorce proceedings, there are some special considerations which can make these cases more complex.

Divorce Involving Members of the Military

Work pressures can have a serious impact on a marriage and some career field are marked by higher levels of divorce than others. According to a Market Watch report, marriages in which one or both parties is a member of the military face higher risks for divorce than do couples in other occupations. When these marriages do fail, there are often more complicated issues to contend with. These include:

Military members are subject to the divorce laws as any other U.S. citizen, however these do vary from state to state. Determining where to file for divorce can be confusing, particularly if you are on a temporary assignment or stationed overseas. In general, your divorce should be filed in the state in which you are considered a legal resident.

When one party files a divorce petition, it must be served on the other, who then has 30 days to respond or to file a counterclaim. Meeting this deadline and appearing at hearings can prove problematic for couples in which one serves overseas. Under the Servicemembers Civil Relief Act (SCRA), active duty military members can request several ‘stays’ of 90 days each, delaying divorce proceedings if their duties prevent them from addressing the matter.

Among the perks offered to military members and their families are pension plans, insurance, and base privileges. Aspouse may be entitled to direct payment of retirement benefits provided the marriage lasted at least ten years, with ten years of overlapping military service. When it comes to health insurance and base privileges, the military uses the 20/20/20 rule. You must have been married for 20 years, with a spouse that served for at least that amount, with a total of 20 years of overlapping service.

The military takes the child support obligations of its members seriously, garnishing the wages of servicemembers to ensure it is paid. In addition to any support ordered by the court, which would factor in base pay and any allowances received, the military can also help you get temporary child support payments while you wait for a final order to be issued.

Let Us Help You with Your Case

When dealing with the special considerations involved in a military divorce, attorney Vanessa L. Prieto has the experience and legal skill needed to ensure your rights are protected. To request a one on one, confidential consultation to discuss your situation, call or contact our Fort Lauderdale military divorce attorney online today.